Matthew Mayer interviews one of the foremost instrumental composers of our time, George Winston, in this Part 1 of 2 Going Solo Podcast Episode Series titled “You Can Call Me George.”

George Winston talks to Matthew Mayer about his growing up in Eastern Montana, and important influences from James Booker to Professor Longhair. Winston also discusses his approach to music and the importance of being able to fluctuate between linear thinking and being open to serendipity.

George Winston is undeniably a household name. He’s inspired fans and musicians alike with his singular solo acoustic piano songs for more than 40 years while selling 15 million albums. A tireless road warrior playing nearly 100 concerts annually, live performance for Winston is akin to breathing. Winston’s music is evocative, offering us all a chance to take a step back from our perpetually busy lives and let our minds adventurously wander.

George Winston’s new album ‘Restless Wind’ is a portrayal of Winston’s place in a chaotic world – his compositions extend solace with an idiosyncratic grace.

In basketball there is Michael Jordan, in boxing there is Mohammed Ali, and in solo performing, there is George Winston. 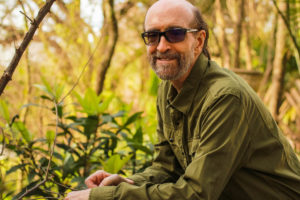 For more information on Kabir Sehgal, visit his webpage at http://kabir.cc/ and follow him on Twitter @HiKabir

For more information on Matthew Mayer, check out his newest piano album at matthewmayer.bandcamp.com and follow him on Twitter @mayersolopiano